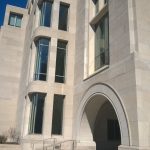 Constitutionalism Across Borders in the Struggle Against Terrorism

Introduction
The phenomenon of “global terrorism” has spawned the phenomenon of “global counter-terrorism.” During the last two decades the struggle against terrorism has increasingly acquired a transnational dimension, complicating the domestic constitutional questions faced by state actors. States have pooled their forces by coordinating counter-terrorism policies, through bilateral and multilateral agreements, under the framework of UN Security Council mandates, and through international and regional institutions. At the same time, states have resorted to transnational instruments of cooperation, for instance by sharing information on national security threats on a peer-to-peer basis. Recent disclosures about international surveillance by the United States’ National Security Agency (NSA) and the United Kingdom’s GCHQ have sparked a global debate about transnational surveillance and counter-terrorism.

This Roundtable will deal with many complications of the increasingly transnational discourses and actions involving counter-terrorism.