Lecture – “The Authority of the Austrian Constitutional Court” 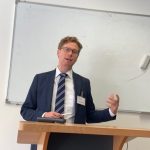 Konrad Lachmayer held a lecture on “The Authority of the Austrian Constitutional Court” at the Conference “Judicial Ideology under Empirical Scrutiny”. 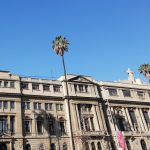 At the 2019 Annual ICON·S Conference on “Public Law in Times of Change?” in Santiago (Chile) Konrad Lachmayer led the  panel #47 on “Methodological pluralism in comparative constitutional research”  and held a lecture on “A knowledge-based approach towards constitutional comparison”.

Prof. Lachmayer and Prof. Roux, University of New South Wales (AUS), organized a pre-workshop for their panel #47 on “Methodological pluralism in comparative constitutional research” at the 2019 ICON•S  Annual Conference on “Public Law in Times of Change?” on July 1-3, 2019 in Santiago de Chile. 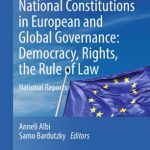 Konrad Lachmayer wrote an article about “The Constitution of Austria in International Constitutional Networks: Pluralism, Dialogues and Diversity”. It was published in Anneli Albi/Samo Bardutzky, “National Constitutions in European and Global Governance: Democracy, Rights, the Rule of Law”, T.M.C. ASSER PRESS in cooperation with Springer  (2019).

END_OF_DOCUMENT_TOKEN_TO_BE_REPLACED 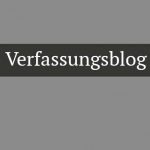 Konrad Lachmayer and Lukas Wieser wrote a post on http://verfassungsblog.de/ about “Entering into New Constitutional Territory in Austria”.

10 days after the “Ibiza Video” scandal a vote of no confidence in the Austrian Parliament removed the Austrian government from office. While international media focused – in light of the exceptional circumstances – primarily on the “Ibiza Video” scandal, the constitutional dynamics were mostly neglected. It is therefore necessary to explain the events of the last days as well as to analyse the constitutional dynamics of the situation in Austria.